Travel Security Training for Women Travellers educates travellers and managers on the additional travel risks that women travellers may face, such as harassment and sexual assault, and how to mitigate those risks. This is particularly relevant to travellers who go to countries with different legislation, cultures, and social attitudes from their home-countries.

Why is it necessary?

Women are more likely to:

●    be victims of harassment or sexual assault;

●    be pickpocketed or have their bags stolen;

●    face additional restrictions around dress and customs, or may experience additional attention because of their appearance.

This represents a unique set of risks that require additional focus during travel security training. 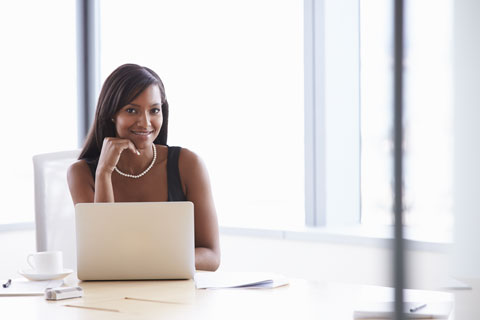 While research into harassment and sexual assault is still relatively sparse, the reports that do exist (as well as anecdotal evidence) show that women experience harassment and sexual assault disproportionately more often than men. Experiencing this when travelling may be especially distressing as the traveller is already under increased stress and pressure, is lacking their usual support system (such as family and friends), and may be unfamiliar with the location’s language in order to ask for help or make a report. In addition, certain locations even have legislation that could penalise the victim if a report of sexual assault is made (for example, in Dubai).

Women may also encounter more restrictions when it comes to dress and customs. For example, certain locations (often in the Middle East, North Africa, or parts of South-East Asia) require hair, shoulders, arms, and knees to be covered at all times. In some locations, physical touch between men and women is restricted, even for greetings such as handshakes, and being alone in a room or space (such as an elevator) may be frowned upon. Subtle aspects of your dress or appearance can be interpreted in a way different from your home-country: for example, in some parts of the Middle East, going out with wet hair is seen as a sign that you’ve had sex recently. Additionally, women with certain hair colours or skin colours may attract additional attention (for example in India, China, or Japan).

There are numerous case-studies of what can go wrong if travellers are not properly trained and educated on the risks they may face when travelling, but these are just a very small selection of case-studies and statistics that highlight why women travellers may benefit from additional information. Remember that when it comes to statistics, harassment is often unreported, so the true figures are likely to be higher:

●    A 2011 Gallup survey of 143 countries, including the USA, Italy, France, and Australia, showed that in every country, women felt less safe than men to walk alone at night.

●    Research by The Australia Institute in 2015 found that 87% of women have been verbally assaulted while walking down the street, and 65% have been physically threatened.

●    A 2013 survey by Think Olga in Brazil found that 99% of all women surveyed had experience street harassment.

●    A 2015 study by the High Council on Equality between Men and Women in France found that 100% of women surveyed had faced sexual harassment on the country’s transit system.

●    A 2014 study by Al-Monitor in Saudi Arabia found that nearly 80% of women aged 18-48 had experienced sexual harassment on the streets, despite the country’s strict modesty laws.

●    A 2016 YouGov report in the UK found that 64% of women had experienced sexual harassment in public spaces, with that percentage rising to 85% for women aged 18-24.

●    In 2008, an Australian woman was jailed for eight months for extramarital sex in the UAE after she reported being drugged and gang-raped.

●    In 2009, a British woman was jailed for seven months in the UAE after it was alleged she spent time alone with her male employer, despite medical evidence showing they had not slept together.

●    In 2016, a British woman was charged with extramarital sex after she made a police report in the UAE about having been gang-raped by two men. Her passport was confiscated and she was forbidden to leave the country until she faced charges.

●    In 2016, a Dutch woman was jailed for three months in Qatar after reporting to police that she was raped.

●    In 2014, a Japanese woman was kidnapped and sexually assaulted in Bihar, India and a Danish woman was raped in Delhi, India.

●    In 2017, a woman was arrested in Riyadh, Saudi Arabia, after posting pictures of herself on social media walking around the city wearing a miniskirt.

●    In 2017, several women were arrested in Sudan for wearing trousers, which were considered a breach of public decency.

●    In 2015, two women were arrested in Agadir, Morocco, for wearing short dressed while walking through a public marketplace.

There are more case-studies and examples in beTravelwise’s March 2018 article: “Eight Myths about Harassment While Travelling”.

While many large global companies may have a corporate culture that welcomes and embraces diversity, their clients, customers, suppliers, partners, or indeed employees may not share these views in every location. Alerting employees to the additional potential challenges, risks, or even discrimination they may face while traveling (and training them on how to mitigate these risks) should be part of every employer’s duty of care to their people. Similarly, reassuring travellers and redressing certain perceptions may also be helpful, as well as reminding employees of the support network in place for them should they have concerns or questions before, during, or after their travel.

Isn’t training for women a form of discrimination in itself?

Firstly, additional training such as this is not intended to suggest that women travellers are less capable of undertaking business travel. Far from it. Instead, it acknowledges and highlights the fact that women travellers may face additional or different risks and challenges when undertaking travel and that companies need to recognise this and make appropriate provisions.

Secondly, there is nothing to suggest that this training should only be rolled out women travellers. In fact, making this training available to all employees is preferable, as those with women team members could also benefit from an awareness of the additional challenges and risks that their staff my face when on assignment abroad.

How could/should it be rolled out?

Ideally, such a training would be incorporated into your travel risk management planning alongside a suite of other travel security training offerings for ore general risks. It should be open and available to all travellers in the company, regardless of their gender.

Additionally, internal women’s professional networks within the company are a good place to promote awareness of the course and its aims and methods, and get conversations started around why it is necessary and important.