I’m an independent travel security consultant, specialising in security of women and LGBT travellers, with nearly ten years professional experience working and living in Europe, Asia and Africa. Over the years I’ve travelled to over forty different countries across six continents. Sometimes for work, and sometimes for leisure; sometimes in a group, and sometimes on my own; sometimes I’ve been funded by wealthy companies and went first class and five star, and other times I was on a shoestring budget looking for the bargain basement deals. Each set of circumstances and each location presents its own unique challenges and opportunities, but there are a few tips I’ve found have helped me in all and I hope they will help you, too!

Are there restrictions on what you can or cannot wear? Many locations, especially in parts of Asia, the Middle East and Africa, have requirements about covering your hair, shoulders, arms, or legs in public. Even some places in Europe (such as churches and cathedrals) have a dress code. I’ve been caught out before at a place where I’ve needed a scarf or a long-sleeved top, and then been charged a massive amount to buy it locally (from street vendors who know how to spot ill-prepared first-timers!). If the location you’re visiting doesn’t have specific legislation, you may just feel more comfortable dressing slightly more conservatively than usual to avoid any unwanted or extra attention, or just plain curiosity. Official guidelines don’t always reflect the reality on the ground, so sometimes I do a Google search for recent images taken in the places I’m visiting and take my cue from local fashion. 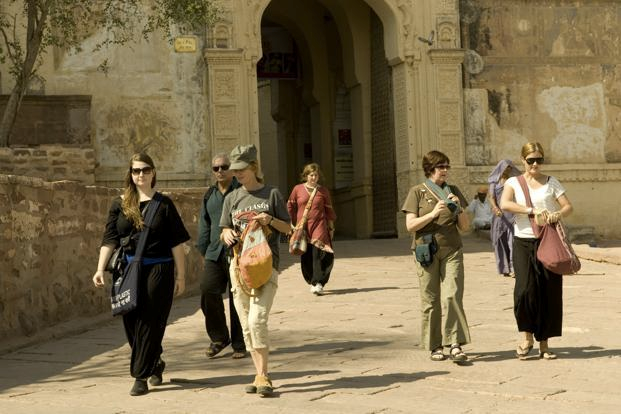 2. Carry a spare pair of shoes

If you wear heels during the day (even kitten heels) you might find yourself in a situation where flat comfortable shoes such as trainers or tennis shoes would be more desirable. I’ve had days where I thought I would be sitting in an air-conditioned office all day, but have then ended up on unexpected ‘field trips’ as well-meaning hosts and colleagues have taken me to visit the local areas. Similarly the opposite has happened where I’ve been in comfy trainers just for work, and then been taken out to an upscale restaurant in the evening where I was grateful of some smarter court shoes to replace my Asics!

3. Carry a hat and sunglasses

This may seem obvious (and is essential) in a hot country, but it’s just as useful in all climates and locations if you’re using them to deflect unwanted attention or eye-contact. I have been grateful on more than one occasion for the ability to pull the brim of my hat down or put my sunglasses on when I can feel people looking a little too intensely at me, and it’s a good non-aggressive move that can neutralise a potentially uncomfortable situation from escalating.

4. Think about wearing (or not wearing) a wedding ring

In certain locations (often in Europe, North America or South America) I will wear a simple wedding ring to try and discourage strangers looking for a date from approaching me – though of course that’s not always going to work! Conversely, in other locations (often those that are less economically developed and where levels of personal poverty are high) I make sure I’m not wearing any jewellery at all, let alone something prominent like a wedding ring.

5. If you’re returning home or to the office alone, make some phone calls to say you’re on your way

Most people know not to advertise that they’re travelling alone, but you can take it one step further and advertise that you’re actually in a group (even if that’s not the case). Often when I’m taking a taxi or public transport on my own travelling back to my hotel, I’ll make a fake phone call to a friend telling them exactly where I am and when I expect to be joining them. You make yourself a much harder target if people know (or think) you’re with others or are expected somewhere.

6. If you’re dining alone, ask for a table for two

Another technique for making yourself a less vulnerable target and discouraging unwanted attention is to ask for a table for two, then put your jacket or scarf over the opposite chair,so that it looks either like you’re waiting for someone, or that the person you’re with is just in the bathroom. 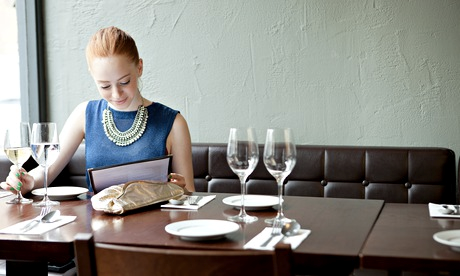 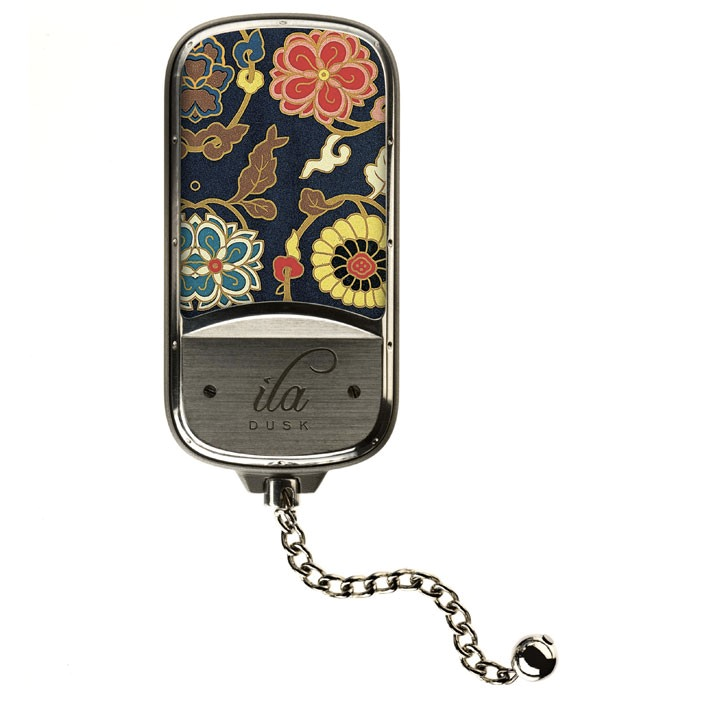 97% higher chance of warding off a potential attack – that’s a lot higher! Many women have alarms, but they’re at home, in their sock drawer, and not where they need them. I have several alarms that are all very pretty (not those ugly big black chunky boxes; I like the range from Safe-Girl.co.uk) so I don’t mind having them out on display as an accessory. I just attach them to the outside of my bags or clip them to the belt-loop of my jacket, as well as one clipped onto my keyring, and leave them there – always. Not only do I know that it’s there if I ever need it, but just knowing it’s there makes me more confident and reassured, which is an advantage in itself.

8. Familiarise yourself with local customs and greetings

This doesn’t just apply to the basics of the language (though it often goes a long way if you have some useful phrases in the local language under your belt) but to physical greetings and interactions, too. For example, for some of the Hindu, Buddhist, Jewish or Islamic faith it is not usual for members of the opposite gender to shake hands or have any kind of non-essential physical contact. In other cultures hand-shaking is not typical for anyone, regardless of gender: for example, bowing is a much more common greeting in Japan (although hand-shaking is becoming more common now, especially if hosting non-Japanese visitors).

Ask for advice when choosing your accommodation, when choosing your wardrobe, when travelling around your location, or when going out: if possible ask those of a similar age and appearance and of the same gender, as what may be appropriate for a sixty-year old local man may not be the best option for a thirty-year old foreign woman.

This is possibly the most important tip, which is why I saved it for last – yet it’s the one that some women often find the hardest. If you’re uncomfortable with the way someone is looking at you, talking to you, behaving around you in any way – then reach out to those around you for help: if you’re in a restaurant, ask the waiter for help; if you’re on a bus, ask a fellow passenger; if you’re on the street, find somewhere safe like a bank or hotel and ask for help from the staff. Just as we sometimes find asking for help difficult, so too others often don’t like to offer help until they’re asked.