With sanctions on Iran being relaxed and airlines including British Airways reintroducing direct flights to Tehran, Iran is once again attracting foreign businesses and travellers. 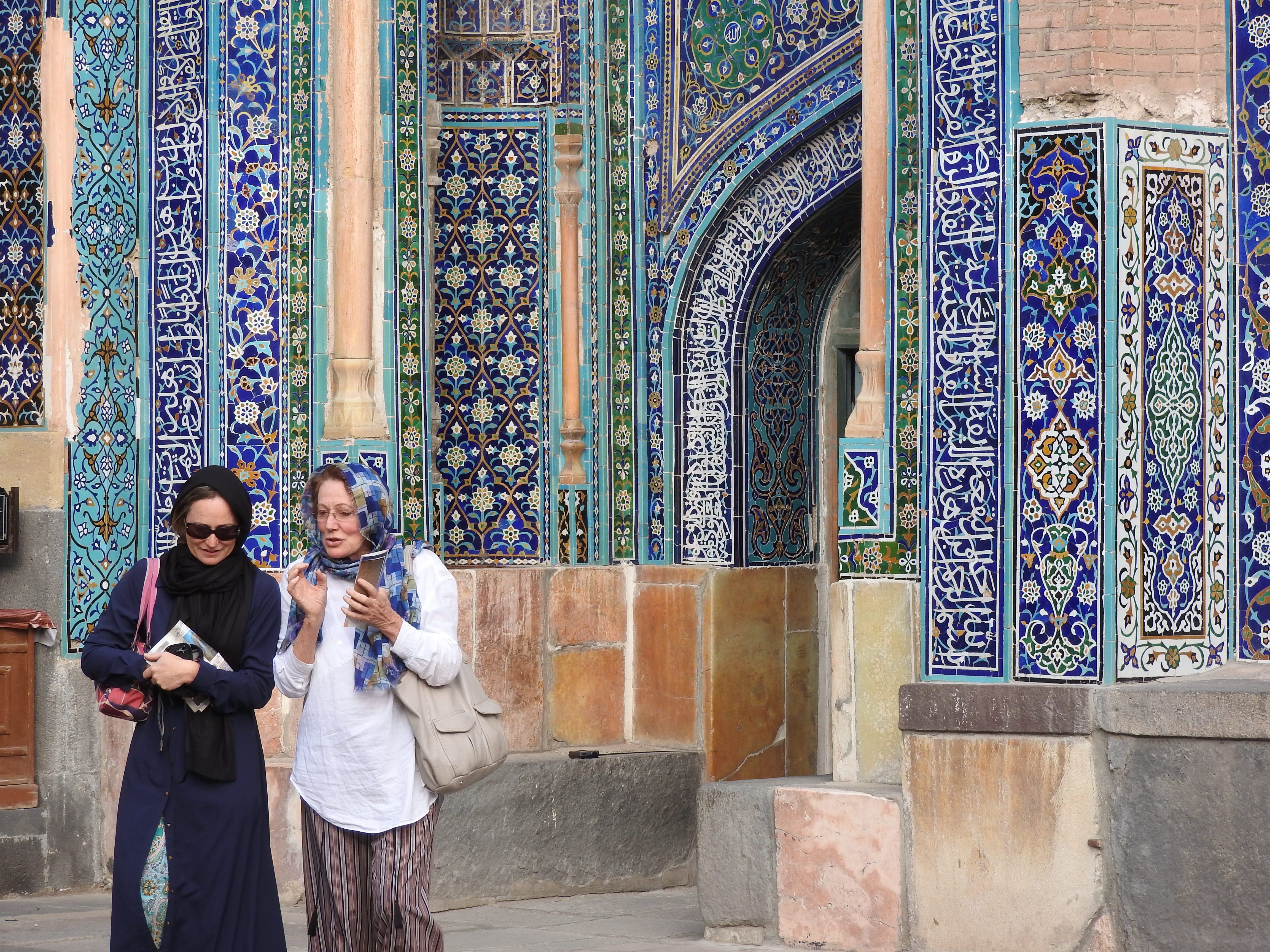 Having just returned from a one-month self-drive tour of the country, I can assure you the destination has much to offer.

Business, culture, history, landscape, food and the people are just some of the compelling reasons to travel to Iran, but one of the main barriers to visiting the country for many people is often their colleagues and friends asking ‘is it really safe to travel there?’

Western media often portrays Iran negatively. There is a widespread misunderstanding about the true nature and safety of the country, which is tainted by the reputation of some of its more politically unstable neighbours.

That’s why people are often stunned when they are told Iran, with the exception of a few areas, is considered a low-risk country and a safe destination to visit.

As a travel security consultant, specialising in women travellers, here are my top 10 tips to ensure visitors have a safe and fascinating trip to Iran.

Crime rates are low in Iran and many women travel to the country alone without facing any issues. As with travel to any destination, you should always take basic, common-sense precautions, such as not visiting isolated places after dark or finding yourself alone with men you don’t know. The rates of petty crime such as bag snatching and pick pocketing are far lower than in western countries and serious crime against foreigners is even more rare.

The main danger for women travellers is falling foul of cultural sensibilities. The country is Islamic and as a woman you are restricted in terms of your dress and behaviour. The risks to women are two-fold; the religious authorities and attracting male attention unintentionally. The latter is much less likely than in other Muslim countries such as Egypt and Pakistan, where it is not unusual to feel harassed by unwanted male attention. Iranians are incredibly friendly and welcoming, but are also very respectful of your personal space. You are extremely unlikely to be groped in Iran.

It is considered very rude to approach a woman without being invited to do so. You may well be stared at by both men and women, but this is likely to be from genuine curiosity and excitement that you are visiting their country. When making friends in Iran, which you surely will as Iranians are some of the friendliest people on earth, you need to be careful of making western-style eye contact with men in the group as you will cause them to feel uncomfortable or worse, they may take your eye contact as an invitation. Wearing sunglasses can help avoid inadvertently making eye contact with people you are not engaged in conversation with. Touching, patting on the back, shaking hands with males and physical contact is not advisable.

The religious authorities do pose a threat to women travellers and it is very important to adhere to the strict dress code by wearing the ‘Hijab.’ The word hijab can mean both ‘headscarf’ and ‘modest dress’, but in Iran it means that your hair and body should be totally covered and your upper body covering should not be too tight fitting and should hang low enough to cover your bottom. Iranian women are roughly divided into two groups with more religious women tending to wear the ‘chador’ meaning ‘tent,’ a shapeless black gown that covers their entire body. The other group wears bright colours, and usually a ‘manteau,’ or thigh-length, lightweight coat over jeans. Testing the limits of what is allowed seems to be an Iranian sport, particularly in Tehran, but the Islamic police do patrol the streets and pull people in for inappropriate dress. Each city seems to have different standards and in more religious cities like Qom you will not feel comfortable in your brightly-coloured manteau and will want to wear neck-to-ankle loose-fitting black garments, as well as socks if you are wearing sandals. Follow the guidance of local people. It is better to be more conservative and for locals to tell you that you can shed layers rather than for them to signal for you to cover up.

No one veils their face Iran, but every woman past puberty must cover their hair and décolletage. In reality, every town and city follows these rules to a greater or lesser degree. In Tehran you will see some women with most of their hair uncovered and their head-scarves just pinned to the back of their heads, whereas in Tabriz, no one will have any hair showing at all. Take some hairpins to help keep your veil in place and be sure to remember it every time you leave your hotel room and leave your hotel room for breakfast. 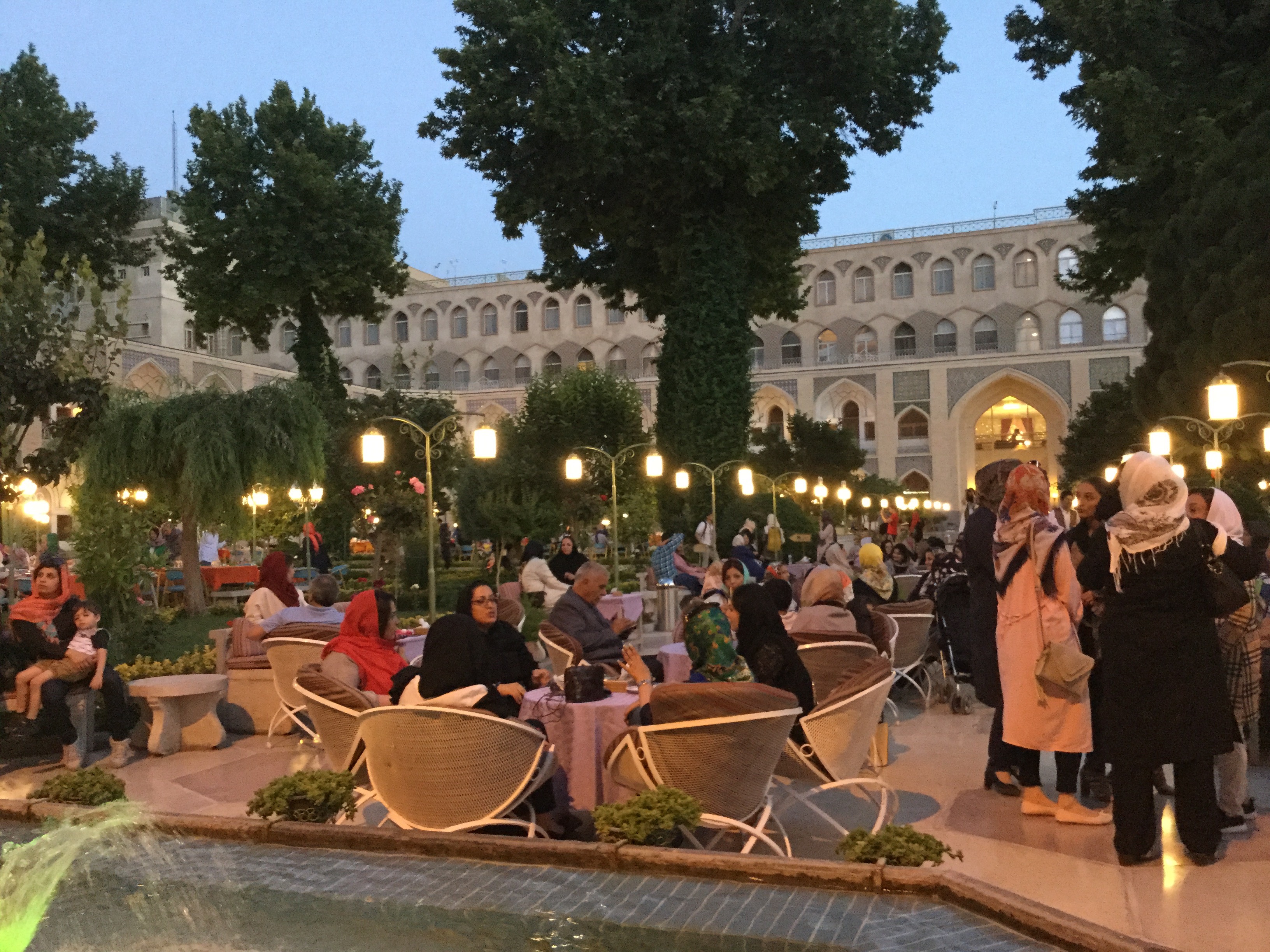 One of the things women dislike about travelling on their own is eating alone. Iranians are so friendly and joyful that it is unlikely that you will have to endure much solitary dining. Due to social constraints, men are unlikely to approach you but it is very likely that Iranian women, in groups or with their family, will invite you to dine with them. Don’t be surprised if they pay for your meal even if you have declined to join them!

Alcohol is illegal in Iran, but if you are invited to an Iranian family’s house, you may well be offered it. Be prudent in your assessment of the situation. There are harsh penalties for drinking alcohol and there is always the possibility that your guide or another guest may report the fact you drank alcohol to the authorities.

Public transport is safe to use but aside from the Tehran Metro, it is probably not the ideal mode of transport for a business traveller.

The Tehran metro is cheap, clean, air-conditioned and easy to navigate. At the front and rear of each train are women-only carriages. These were implemented for gentlemanly rather than being sexist or discriminatory and can provide a less crowded and more comfortable experience, particularly during the rush-hour crush in the central carriages. Women may enter other carriages alone or with male colleagues.

Other modes of public transport also feature women-only sections and separation may be enforced on some buses.

Toilets are definitely a low point in what is otherwise a highly sophisticated society. Surprisingly, they are not always segregated. It is not uncommon to visit the bathroom in a restaurant to find that you have to walk through the men’s toilets to get to the women’s. There is however always soap for which one is most grateful!

The majority of hotel pools are not segregated, so unfortunately women cannot use them or even sit by them even if wearing the hijab. There are some segregated beaches, where the female swimming section is screened off, but these are few and far between.

The main roads in Iran are very good quality, but driving standards are poor. Always check that your vehicle has working seat belts and sit in the back. Drivers will attempt to drive as quickly as they can; ask them to slow down if you are concerned and feign motion sickness if you are making no headway.

Cities are safe to walk around and often you will be in the shade of trees, even in cities, however crossing roads can be daunting, even at official crossings. Always look both ways even on one-way streets, especially when you near the pavement again. You may find it easier to ‘tag’ onto a local and cross in time with them. Even while safely sticking to the pavement, be aware of scooters travelling from both directions.

Iran is a fantastic country to visit. Certain nationalities still have visa complications and journalists or those involved in human rights can face greater risks, but for the average traveller, a wonderful trip awaits.

beTravelwise can support you and your travellers with training and education for all destinations where required.