Do your employees know how to respond to a crisis? 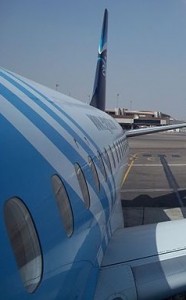 A lot of organisations have a robust procedure to help their employees after a crisis through their internal teams, insurance or assistance companies.  However most of these systems rely on the employee being in a safe place to activate their support; how confident are you that they know what to do during and immediately after being caught up in an incident?

In the last few weeks there have been several major incidents globally and perhaps the most famous employee to be caught up in any of them is Ben Innes, of ‘selfie’ fame, who was on the hijacked Egyptair flight.  There have been varying degrees of reaction to his motives for taking this picture ranging from dude to idiot, but as he was clearly on a flight for work his company must be asking whether they had taken reasonably practicable measures to prepare him for such an eventuality.

Airline hijacking will nearly always finish at an airport, which has heightened security and a security force presence to oversee the end game.  But your travellers who get caught alone in incidents in foreign cities have to react effectively and escape to a safe location before you can assist them.

Which should prompt the questions: do you know if they have been properly educated in your policies and procedures, do they know how to react to any crisis in general terms and do they know how to reach out for support?  In the present era we often over-rely on mobile devices so it might be worth asking these questions again assuming your traveller lost their phone during the incident.

In my mind Ben Innes seemed calm, he obviously was able to think in an unflustered way and given what we now know about the hijacker I suspect he made a decision that he deemed wouldn’t antagonise the situation (and he was possibly encouraged by the crew).

An example of incident awareness training is shown in our express kidnap video below.